Nomads is an amateur dramatic and musical society born out of 2 separate societies that formed in the 1930's. These societies merged in 1946 and the resulting society was officially renamed 'Nomads' in 1948. Nomads owns and performs at the Kings Theatre in Newmarket. A registered charity since 2007, Nomads’ objective is “to educate the public in the dramatic, musical and operatic arts, and to further the development of the public appreciation and taste in the said arts”. This aim continues to lie at the heart of the society.

We are an extremely active group. We own our own theatre and have a full calendar of shows each year. As well as our own shows, the calendar includes a number of outside productions and even some professional touring groups. The Nomads family perform around 6 shows per year; 3 musicals, 1 pantomime and 2 plays alongside various concerts, some of which are performed by our thriving youth section - Young Nomads - who meet weekly and also perform in some of the adult productions. We also hold regular Open Mic Nights for budding songwriters, poets, comedians and musicians, along with a toddlers group called Kings Kiddies and a group for older children called Kings Kids.

The theatre has a reasonable sized stage with lighting and sound systems run from a box above the audience at the rear of the auditorium. Backstage are toilets, a kitchen, an office, two changing rooms and a make-up room. A backstage workshop enables us to build our own props and sets.

Our front-of-house areas include a box office, a coffee lounge, toilets (including a disabled toilet), a kitchen and a well equipped bar. All our facilities are available for hire. There are no paid officials and members are expected to man the many posts necessary to run the events.

There are about 120 members of Nomads, 60 Young Nomads, 30 Kings Kids and around 20 Kings Kiddies. Due to the high work load of the society, we are always on the lookout for new talent to help us.  We welcome new members to assist in all areas of the theatre, whether that be on the stage acting, singing and dancing or behind the scenes. We always need stage crew, lighting/sound technicians, musicians, costume helpers, bar/front-of-house staff, chaperones and members to man the box office. There’s never a dull moment!

To apply for membership and discover all the various activities you can take part in, visit our GET INVOLVED page for information.  If you have questions that are not answered on this website, please send your queries to info@newmarketkingstheatre.com. Thank you for visiting our site. 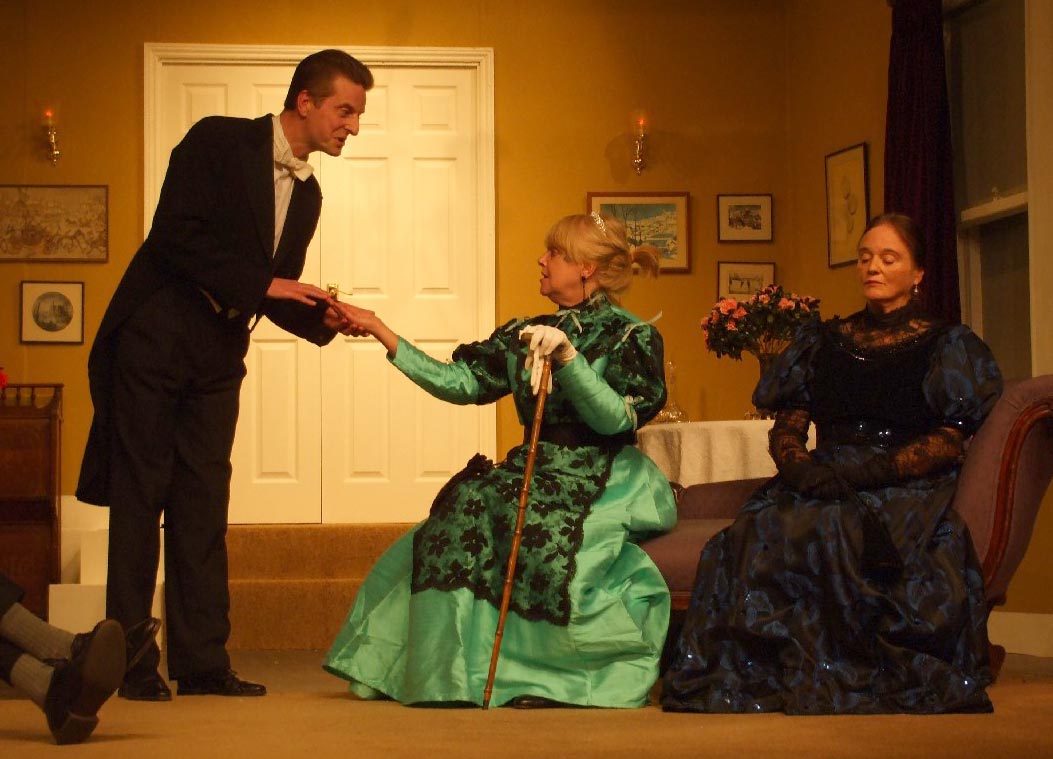 A Brief History of the The King's Theatre, Newmarket
‍
The Newmarket King’s Theatre was built around 1850 and was originally St. Mary’s Church Girls and Infants School, whilst the boy’s school was a similar building at the top of Fitzroy Street (now offices). The school closed in 1939 and became known as the Fitzroy Tea Rooms until 1945 as it was used as a British restaurant for the public but also where service men and women could get a reasonable lunch for about 6d (2 to 3 pence in present day terms).

After the war the Fitzroy Street Rooms were used as a meeting place for groups such as the Queen’s Club for the over 60’s who held whist drives there.  It was bought by Captain Herbert Ryder King (President of Nomads) in 1954 for the sum of £2,000.

Captain King became quite influential in Newmarket and was Chairman of the West Suffolk County Council when he was awarded the C.B.E. on 1st January 1946.  He also became a Deputy Lieutenant of the County of Suffolk on 25th February 1958 and a Justice of the Peace. A Chairman for Nomads for many years, he later became their President.

At the time, Nomads was an itinerant company of players who lacked permanent premises.  Since the 2nd World War they had used the bomb-damaged ballroom of the White Hart but had to leave when the lease expired.  Together with the Nomads of the day, Captain King donated a further £500 and set about turning the building into the theatre you see today.  It was then re-named the Kings Hall.

Work on the new premises was voluntary and most of the equipment and materials were donated. Everything achieved was through honest sweat and toil, it was a true labour of love for many members. Captain King handed the building to Nomads for a rent of 4 front row seats for each of their shows until his death.  Nomads first production was "The Murder in the Red Barn" but consisted of an invited audience only.  Nomads first public show was "Iolanthe" in February 1955.

When Captain King died in 1971 aged 82, he bequeathed the theatre to Nomads (Newmarket Operatic, Musical and Dramatic Society).  In 1972, it was re-named ‘Kings Theatre’ in honour of his generous donation and remains their property in trust.

The theatre seats an audience of a 123 and the interior was restored with recovered seats, had its carpets replaced, ceiling/walls painted, and lighting enhanced in the 1980s.  Pictures below show how it looked as a school, after it became a theatre in the 1950s, and from the outside.  This was all achieved by the efforts of the members of Nomads along with grants from Forest Heath District Council and East Cambridgeshire District Council.  Other improvements were made possible due to a grant of £60,000 from the National Lottery in 1994.

Over the years members have used their collective ingenuity and innovation to support and maintain the building.  They have rescued chairs from the Clacton playhouse for the auditorium with their ‘Buy a Seat’ campaign, with further fundraising to 'buy a brick', which facilitated the purchase of furniture for the Coffee Lounge and the refurbishment of the bar in 1988 and even took out a loan to put in a new heating system in 1984. Many of our benefactors' names are on display at the back of the auditorium. Further improvements included the installation of a mezzanine floor in the wings for the orchestra, allowing the pit to be covered over and the stage extended. There have been several re-configurations of the backstage areas to improve dressing rooms and storage for our scenery, scenic cloths, props, and costumes. Some members are still with us, but others, whilst sadly long gone, are not forgotten.  You may see pictures or plaques honouring them in various locations around the theatre, and many of our trophies (which are awarded to members at our Annual Awards) carry their names.
‍
In 2006 the society became a limited company and a registered charity in 2007. The theatre is now run by Trustees who form the Nomads Board of Directors (usually 7 to 9 members) and are elected by the members at their AGM, serving a term of 3 years. 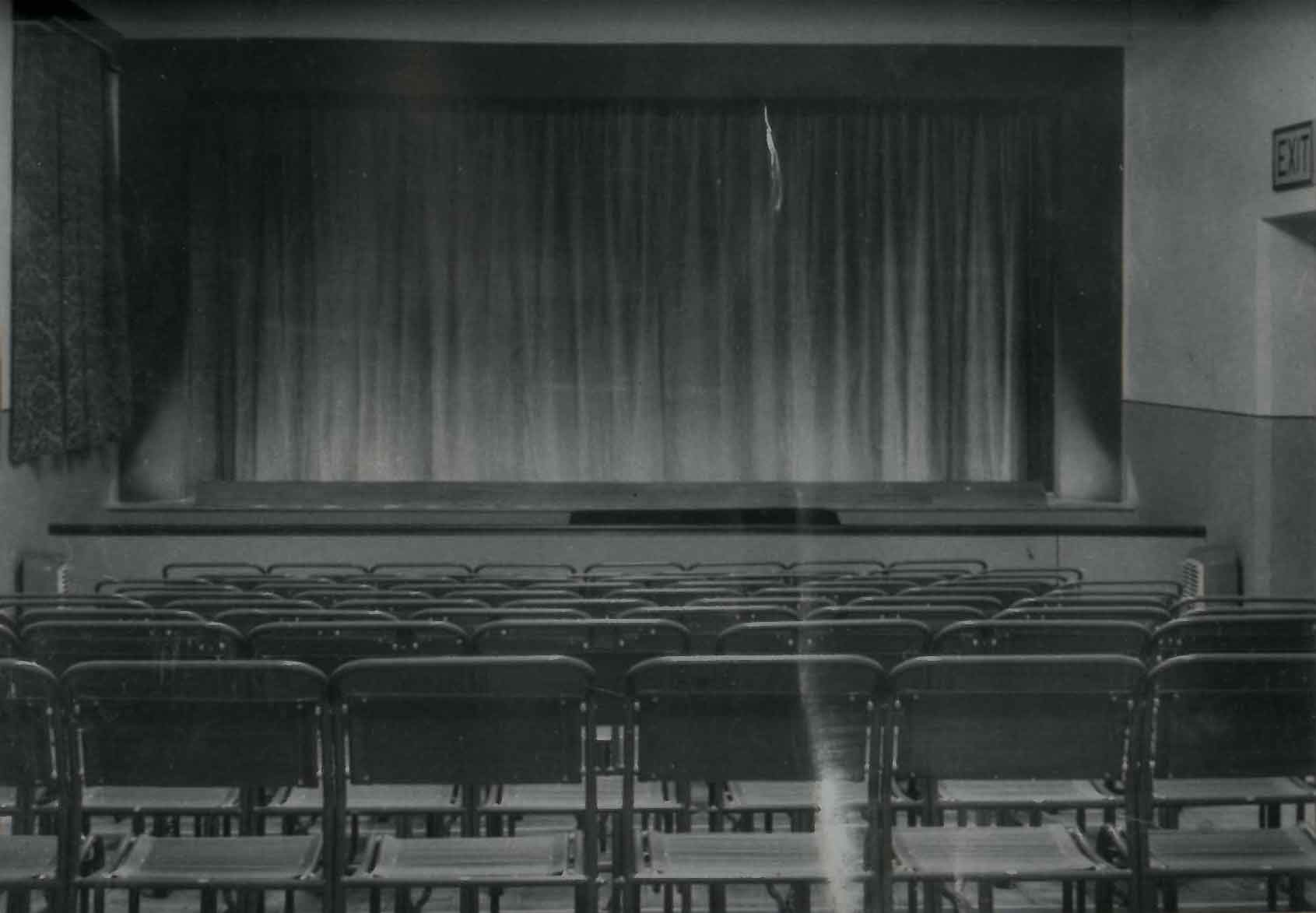 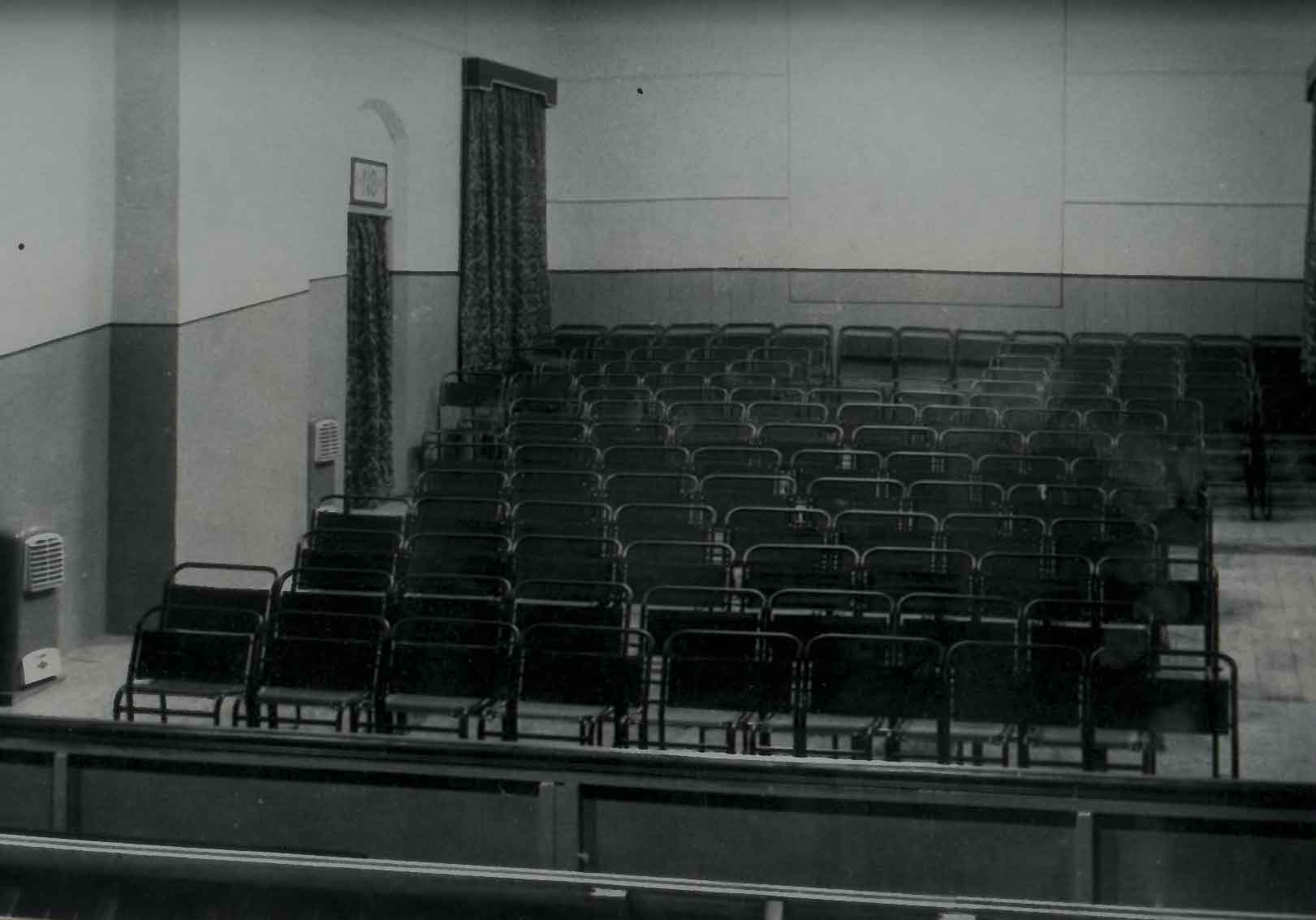 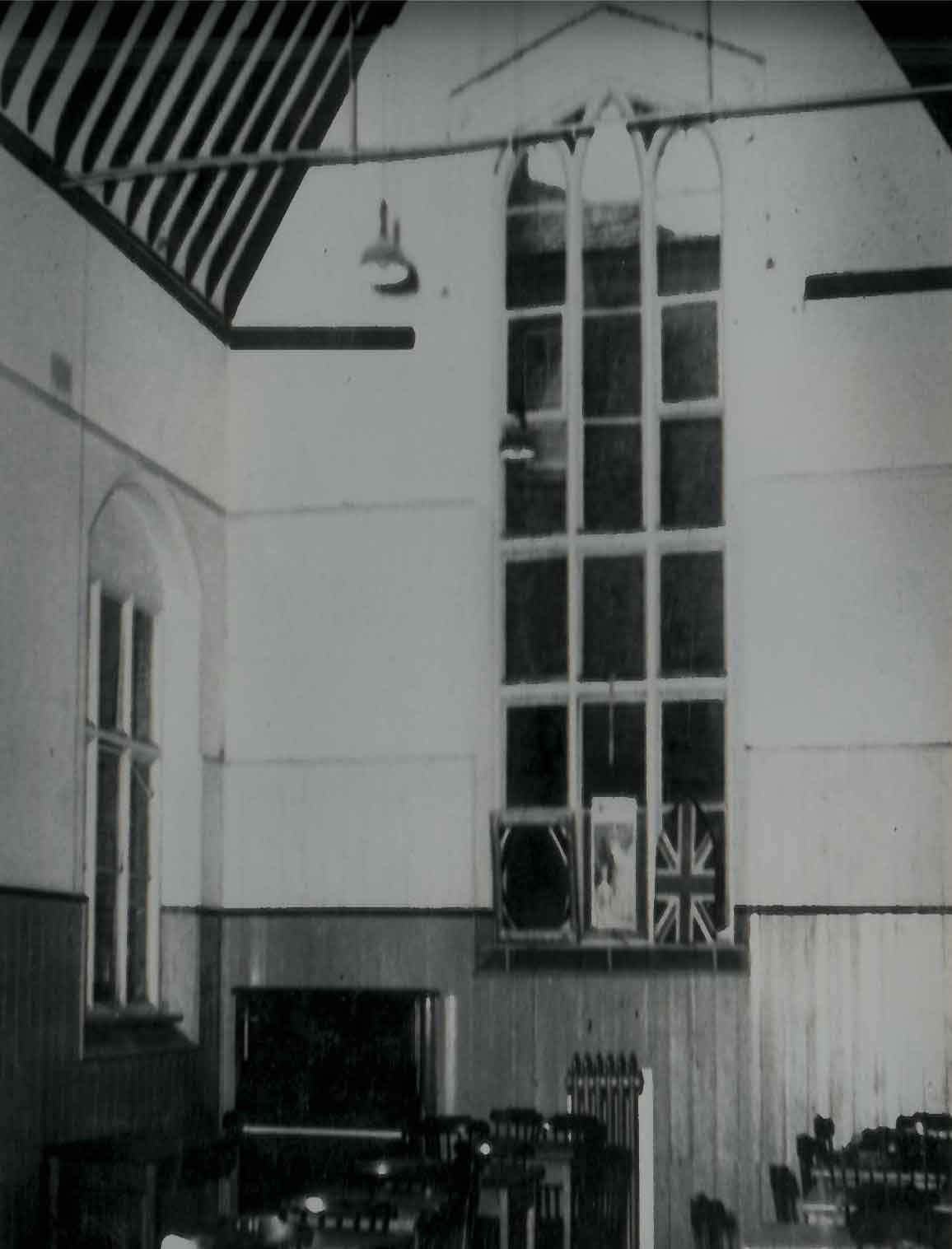 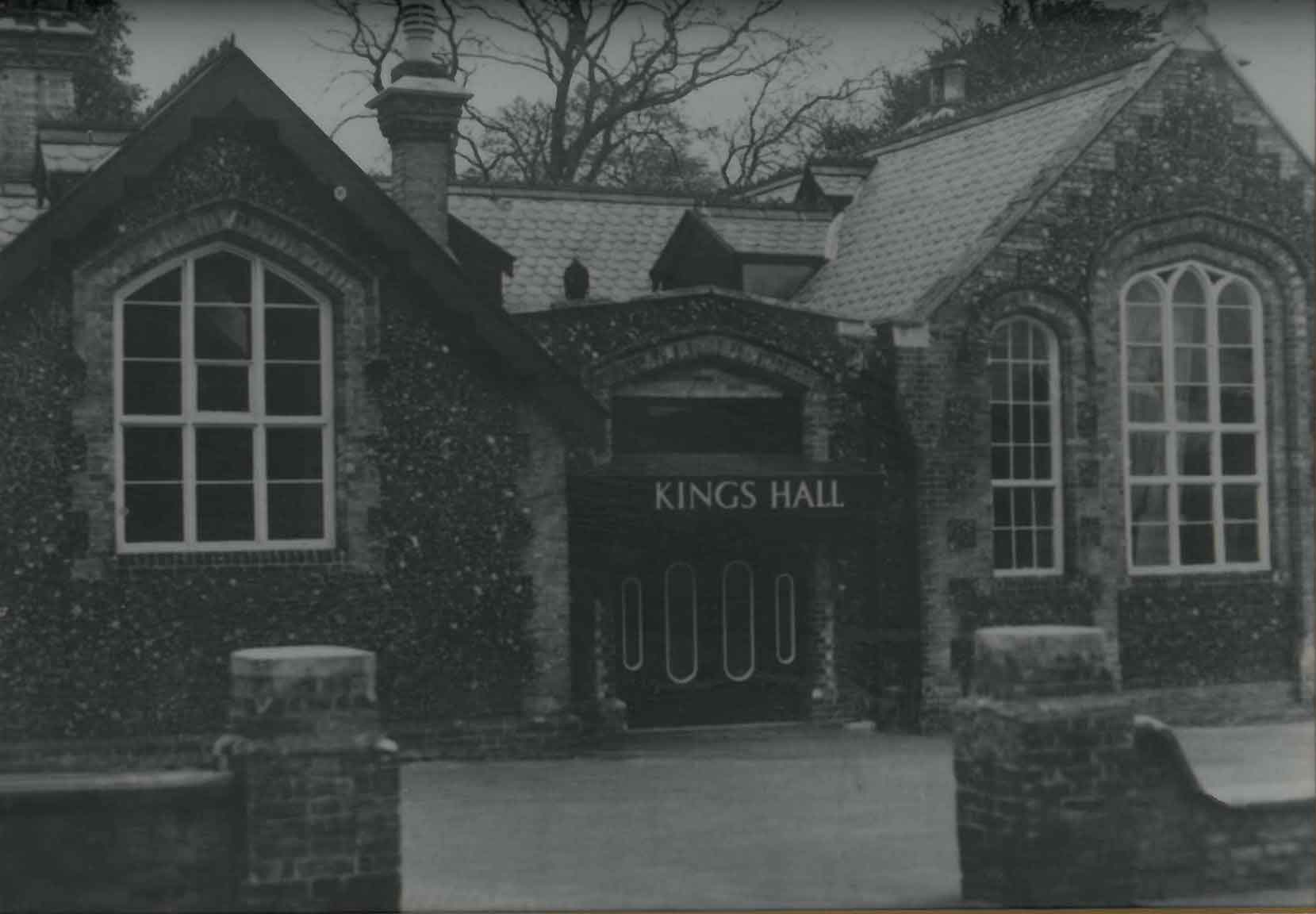